Hunters in the darkness

May the rivers run with blood 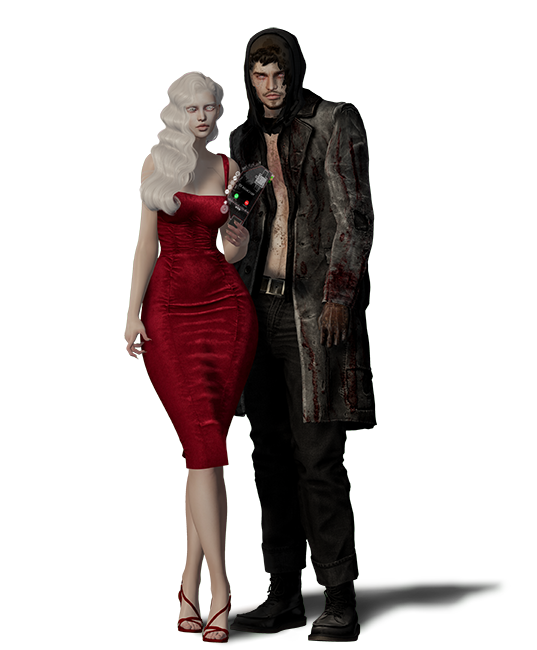 When Mankind first encountered the Fae, diplomacy and corporate interests won the day.

But there was always another worry - what if things should turn violent? What do we know of this different race?

And it was with this thought in mind that Humanity looked inward. With magic at our side, what could stand against us? In what ways could we improve? How might we, as a race, grow from this development?

And an uncertain world required Humanity to return to its predatory roots.

Designed as Humanity’s shock troops, their thirst for blood allowed them to haunt the nightmares of their enemies - or at least, that was the plan.

For they did not realize the contagion could spread.

And they did not realize the lab had been compromised until it was far too late.

Similar to the mythological Vampire, Phages were designed for one purpose: to hunt. Perfectly capable of walking the streets during the day, they can also see clearly in darkness, and have strength and speed that exceeds that of normal humans.

Phages must consume blood, but they can live off the blood of most living humanoids, not just humans - and in recent years, races other than humans have shown themselves to be vulnerable to being turned as well. They can take living Thralls that serve them in exchange for regular feedings of Phage blood.

Many Phages were not part of the initial project; instead, they exist as a remnant of what can happen when a magical experiment is inadequately controlled.

And you, o Phage, shall make your way in this flock of sheep.

May the rivers run with blood.